Bills OL Ike Boettger officially signed his restricted tender for the 2021 season on Tuesday, according to Field Yates. 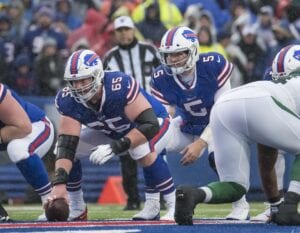 The Bills used an original round tender on Boetgger, which cost them $2.133 million for the 2021 season.

Boettger, 26, wound up signing on with the Bills as an undrafted free agent out of Iowa back in 2018. He received a three-year, $1.71 million deal but was waived coming out of the preseason.

In 2020, Boettger appeared in 12 games for the Bills and made seven starts.