Ian Rapoport of NFL Media is reporting that the Bills are signing OT Bobby Hart to a one-year deal on Tuesday. 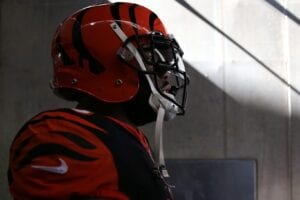 Hart was signed by the Bengals in February for the 2018 season and returned to Cincinnati on a three-year, $21 million in 2019. However, the Bengals opted to release him a few weeks ago.

In 2020, Hart appeared in 14 games for the Bengals, making 13 starts for them at right tackle.