The Seattle Seahawks are signing WR DK Metcalf to a three-year, $72 million extension that includes $58.2 million guaranteed, according to Adam Schefter. 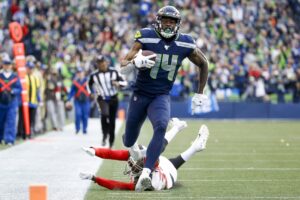 Metcalf will also receive a $30 million signing bonus, which is the highest ever for a wide receiver. Metcalf will be under contract through 2025 and will be eligible to secure another deal by age 28.

Metcalf, 24, is a former second-round pick by the Seahawks in the 2019 NFL Draft out of Ole Miss. Seattle traded up to select him and exchanged the No. 77 and No. 118 picks for him.