According to Mike Klis, the Broncos have activated FB/TE Andrew Beck from the COVID-19 list. 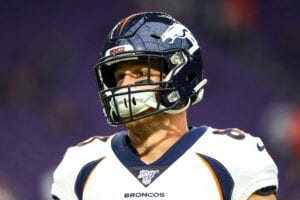 Players will remain on the list until they are medically cleared to return. Beck spent 18 days on the list.

Beck, 24, signed with the Patriots as an undrafted free agent out of Texas last year. He was waived coming out of the preseason and claimed off waivers by the Broncos.

In 2019, Beck appeared in all 16 games for the Broncos and caught nines passes for 90 yards and a touchdown. He also carried the ball once for three yards.