According to Troy Renck, the Broncos haven’t closed the door on re-signing veteran DB Kareem Jackson. However, they haven’t made progress on a deal as of now. 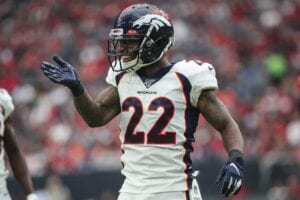 Renck notes that teammates would love to Jackson back and he’s a favorite of the Broncos’ coaching staff.

Jackson, 32, is a former first-round pick of the Texans back in 2010. He played out the final year of his four-year, $34 million contract before agreeing to a three-year, $33 million contract with the Broncos in 2019.

In 2020, Jackson appeared in all 16 games for the Broncos and recorded 89 tackles, one interception, two forced fumbles and four passes defended.