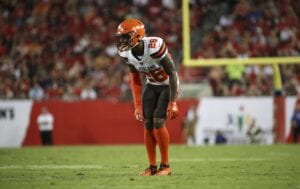 As of now, no surgery is required for Williams’ shoulder injury and he has a chance to return later on in the year.

In 2019, Williams appeared in 12 games for the Browns and recorded 47 tackles, no interceptions and two passes defended.