Jake Trotter of ESPN reports that the Browns are re-signing WR Rashard Higgins to a one-year contract worth $2.38 million fully guaranteed. 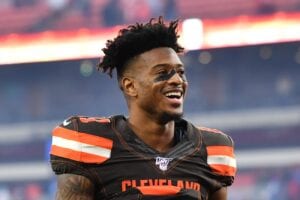 In 2020, Higgins appeared in 13 games for the Browns and caught 37 passes for 599 yards receiving and four touchdowns.