The Cleveland Browns worked out five players on Thursday, according to Aaron Wilson. 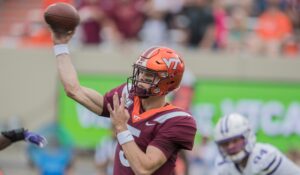 A source tells NFLTR that the Browns are not signing Willis to a contract at this time following his tryout on Thursday.

Willis, 24, went undrafted out of Virginia Tech in 2020 before playing in the Spring League in May of 2021 where he won the MVP award playing for the championship team.

During his two years at Kansas and two years with Virginia Tech, Willis combined for 6,152 passing yards and completed 57.1 percent of his passes. He also threw for 44 touchdowns and 31 interceptions with 521 completions on 913 attempts.