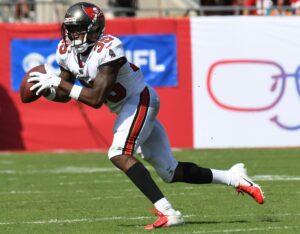 The Buccaneers added WR Mike Evans to the list on Monday along with WRs coach Kevin Garver.

In 2021, Dean has appeared in 13 games for the Buccaneers and recorded 45 tackles, two interceptions and nine pass deflections.

In 2021, Murphy-Bunting has appeared in four games for the Buccaneers and recorded two tackles and no interceptions.