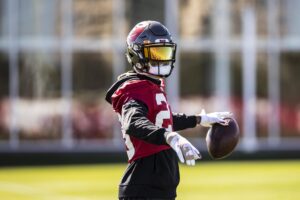 Murphy-Bunting suffered a dislocated elbow during Thursday night’s game against the Cowboys so this move was expected.

Both players will miss at least three games while on the list.

In 2021, Murphy-Bunting has appeared in four games for the Buccaneers and recorded two tackles and no interceptions.