The Tampa Bay Buccaneers announced Monday that they’ve signed 10 players to futures contracts for the 2022 season. 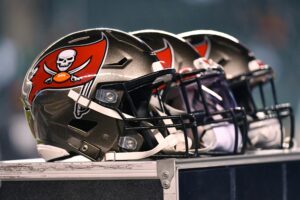 Barner, 32, is a former sixth-round pick of the Panthers back in 2013. He spent just over a year in Carolina before he was traded to the Eagles in return for a conditional seventh-round pick that did not meet the qualifications.

From there, Barner played for a few teams including the Chargers, Panthers, Patriots, and Falcons.

Barner signed with the Ravens after visiting with them but was among their final roster cuts coming out of training camp. He later signed on to the Buccaneers’ practice squad and was on and off of their active roster this past season.

In 2021, Barner appeared in three games for the Buccaneers and rushed for 0 yards on four carries to go along with 47 punt return yards.