According to Greg Auman, the Buccaneers have waived DL Kobe Smith and WR Austin Watkins to make room on the roster for a couple of signings from rookie minicamp. 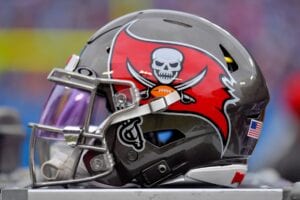 Howland, 6-6 and 255 pounds, was a three-year starter at Yale at tight end. He was an honorable mention All-Ivy League in 2018.