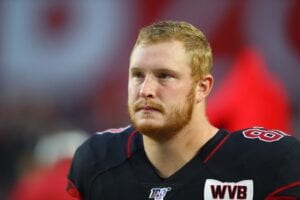 The Cardinals can activate Williams at any point between now and the start of the regular season.

Williams is working his way back from a torn ACL he suffered.

Williams, 28, is a former second-round pick of the Ravens back in 2015. Williams played out the final of his four-year, $4.052 million contract before agreeing to a one-year deal with the Cardinals in 2019.

Arizona later signed Williams to a two-year extension in November of 2020. He returned to the Cardinals this past March on a one-year deal.

In 2021, Williams appeared in five games for the Cardinals and caught 15 passes for 179 yards receiving and one touchdown.