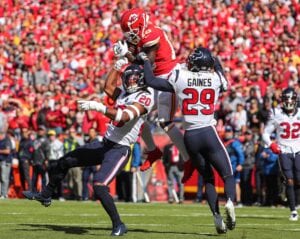 The Browns claimed Gaines off of waivers from the Bills and he returned to Cleveland on a one-year contract in 2019. However, he was later released with an injury settlement and signed on with the Texans at the start of the regular season.

Gaines re-signed with Houston in 2020, where he played the entire 2020 season before becoming a free agent last March.

In 2020, Gaines appeared in 12 games and recorded 24 tackles, no interceptions and one pass defense.