Aaron Wilson reports that the Los Angeles Chargers are hosting free agent S Jahleel Addae for a visit this week. 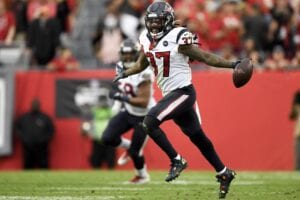 Jeremy Fowler of ESPN mentioned a few weeks ago that there was mutual interest between the Chargers and Addae.

This came after the news that Derwin James was out of the season with a knee injury.