The Los Angeles Chargers announced a series of roster moves on Saturday for Week 12. 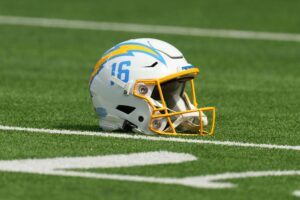 Rountree, 24, was a sixth-round pick by the Chargers out of Missouri in the 2021 NFL Draft. He signed a four-year rookie contract with the team and played his way onto the active roster as a rookie but was among their final roster cuts this offseason.

The Chargers later signed Rountree to their practice squad before calling him up in recent weeks.