Per Jeff Miller of the LA Times, the Chargers are placing practice squad K Tristan Vizcaino on the COVID-19/Reserve list. 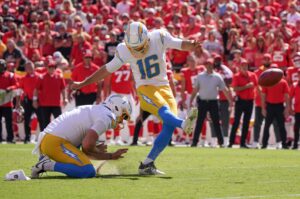 From there, Vizcaino had brief stints with the Vikings and 49ers before joining the Bills this past January. The Chargers signed him to a contract in March.

In 2021, Vizcaino has appeared in six games for the Chargers and converted 6 of 7 field-goal attempts (85.7 percent) to go along with 10 of 15 extra-point tries.

We will have more news on Vizcaino as it becomes available.