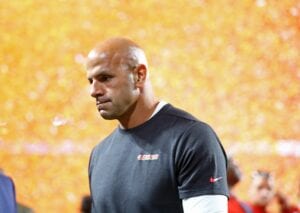 This is the seventh requested interview for the Chargers: