According to Doug Kyed, the Chargers signed K Dustin Hopkins on Tuesday and waived K Tristan Vizcaino in a corresponding move. 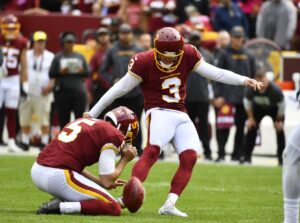 Hopkins, 31, is a former sixth-round pick of the Bills back in 2013. He lasted just over a year in Buffalo before he was waived at the start of the 2014 season and later signed to the Saints’ practice squad.

From there, Hopkins joined Washington for the 2015 season and returned to the team on a new contract in 2018. He re-signed on a one-year deal for the 2021 season but was cut loose last week.