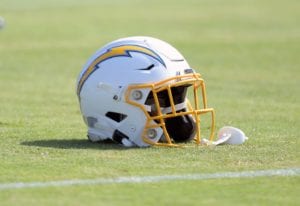 The full list of practice squad players for the Chargers includes:

Hunter, 25, wound up going undrafted out of Bowling Green back in 2018. He later signed on with the Chiefs, but was waived coming out of the preseason and re-signed to their practice squad.

The Chiefs brought Hunter back on a futures contract before re-signing him to the practice squad. He was, unfortunately, among their final roster cuts prior to the 2020 season.

In 2019, Hunter appeared in three games for the Chiefs and played a total of 14 snaps.