The Kansas City Chiefs have placed S Tyrann Mathieu on the COVID-19 list Wednesday, according to Field Yates. 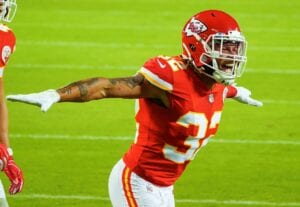 Mathieu, 29, is a former third-round pick of the Cardinals back in 2013. He was entering the third year of his five-year, $64.1 million contract that included $35 million guaranteed when the Cardinals released him back in March.

The Texans later signed Mathieu one-year contract worth $7 million before agreeing to a three-year, $42 million deal with the Chiefs in 2019.  He will be an unrestricted free agent in 2022.

In 2020, Mathieu appeared in 15 games for the Chiefs and recorded 62 tackles, six interceptions, one defensive touchdown, and nine pass deflections.