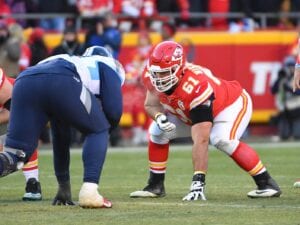 From there, the Eagles cut Wisniewski loose and he eventually signed on with the Chiefs for the 2019 season. The Steelers added him on a two-year contract this past March but opted to release him last month.

Wisniewski opted to return to the Chiefs.