According to Adam Schefter, the Chiefs have re-signed LS James Winchester to a two-year extension. 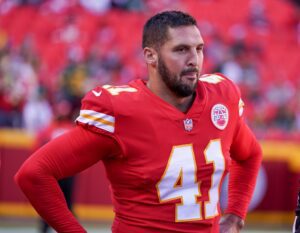 Schefter adds the deal makes Winchester the highest-paid long snapper in the league.

Winchester, 32, originally signed on with the Eagles as an undrafted free agent out of Oklahoma back in 2013. He lasted just a few weeks with Philadelphia before he was waived during the preseason.

Winchester has appeared in every Chiefs game since 2015, 107 total. He has nine career special teams tackles as well as two forced fumbles and two recoveries.