According to Jeremy Fowler, the Chiefs are re-signing RB Jerick McKinnon to a one-year deal. 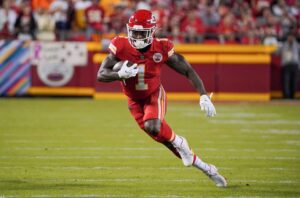 McKinnon was a spot starter for Kansas City down the stretch last season and will have the chance to compete for a role in 2022.

McKinnon, 30, is a former third-round pick of the Vikings back in 2014. He played out the final year of his four-year, $2,765,000 contract with the Minnesota Vikings before signing on with the 49ers as an unrestricted free agent in 2018.

He agreed to a restructured one-year contract in March of 2020 and later signed on with the Chiefs last April.