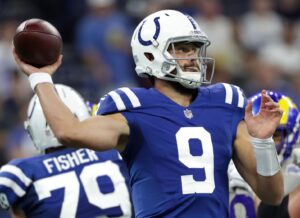 During his college career at Georgia and Washington, Eason threw for 5,590 yards while completing 59.8 percent of his passes to go along with 39 touchdowns and 16 interceptions over the course of three seasons and 29 games.