According to Aaron Wilson, the Colts are signing former Texans WR Keke Coutee to their practice squad on Wednesday. 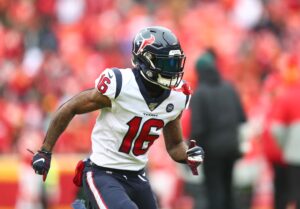 Coutee, 24, is a former fourth-round pick in the 2018 NFL Draft out of Texas Tech. He’s entering the final year of his four-year, $3.2 million rookie contract.