According to Aaron Wilson, the Colts hosted DL DeMarcus Walker for a visit on Tuesday and the Titans are also bringing him in on Wednesday. 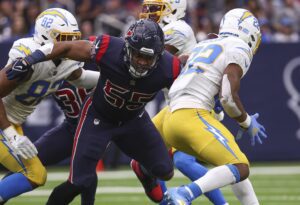 Walker, 27, is a former second-round pick by the Broncos in the 2017 NFL Draft out of Florida State. He finished his four-year, $5.1 million rookie contract and signed on with the Texans in April of last year.

He’s been testing the market as an unrestricted free agent.

In 2021, Walker appeared in 13 games and recorded 31 tackles, four tackles for loss, two sacks, one forced fumble, and one pass defense.