According to Ian Rapoport, the Commanders are signing C Nick Martin to the active roster. 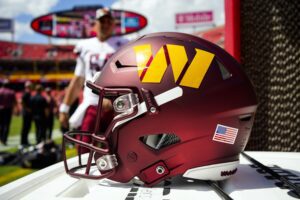 The veteran gives Washington some much-needed depth after placing starting C Chase Roullier on injured reserve with a leg injury that could keep him out a while.

Martin, 29, is a former second-round pick of the Texans back in 2016. He was in the final year of his four-year, $4.77 million contract and set to make a base salary of $1.1 million for the 2019 season when he agreed to a new three-year, $33 million extension that includes $18.35 million guaranteed with Houston.

Martin was owed a $7.25 million base salary for the 2020 season when the Texans released him in 2021. He signed a one-year deal with the Raiders.

In 2021, Martin appeared in all 17 games for the Raiders, but made zero starts.