Mike Garafolo of NFL Media reports that Cowboys CB Maurice Canady is taking a voluntary opt-out for this season. 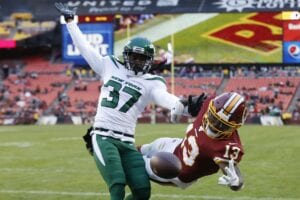 You can expect the Cowboys to place him on the reserve list in the coming days.

Canady, 26, is a former sixth-round pick of the Ravens back in 2016. He was in the final year of his four-year, $2.44 million contract when the Ravens waived him coming out of the preseason.

Baltimore re-signed Canaday to their practice squad soon after before being promoted a few weeks into the regular season. The Ravens waived him in November but was quickly claimed by the Jets.

The Cowboys signed Canaday to a one-year contract this past March.

In 2019, Canady appeared in five games for the Jets and eight for the Ravens, recording 45 total tackles, one interception, one forced fumble, and five pass defenses. Pro Football Focus rated him as the No. 20 overall cornerback out of 113 qualifying players.