The Dallas Cowboys are cutting five players ahead of Tuesday’s deadline to get rosters down to 85. 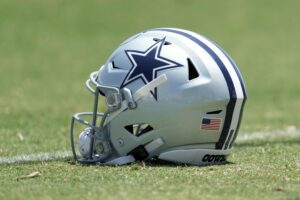 Nall, 26, wound up going undrafted out of Oregon State back in 2018. He later agreed to a $1.71 million contract with the Bears, but was cut loose coming out of the preseason.

Nall has been on and off of the Bears’ roster the past few years. He signed with the Cowboys back in April.

In 2021, Nall appeared in nine games for the Bears and recorded one rushing attempt for four yards and also one reception for four yards.