Tom Pelissero of NFL Media reports that the Cowboys are expected to re-sign K Lirim Hajrullahu to their practice squad. 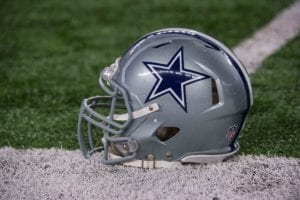 Pelissero notes that Hajrullahu will serve as a contingency plan after Greg Zuerlein’s struggles in the opener.

Hajrullahu 30, has kicked and punted in the CFL since 2014, including stints with the Winnipeg Blue Bombers, Toronto Argonauts and Hamilton Tiger-Cats

Hajrullahu worked out for the Seahawks last January but ultimately returned to the CFL. The Rams signed him to a contract in April only to waive him coming out of training camp.

From there, Hajrullahu signed on to the Panthers’ practice squad but was released due to issues with his visa. He returned on a futures deal for 2021 but Carolina cut him back in March. He caught on with the Cowboys during camp but was waived a few weeks later.