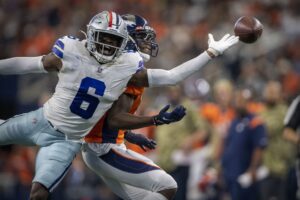 Wilson has been dealing with a chest and shoulder injury. He’ll miss the next three games before he’s eligible to return.

In 2021, Wilson has appeared in six games for the Cowboys and recorded 18 total tackles and one pass deflection.