According to Michael Gehlken, the Cowboys are placing LB Keanu Neal on the COVID-19 list. 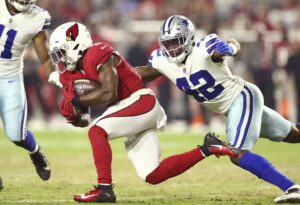 If Neal is vaccinated, he can come off the list after two negative tests 24 hours apart. Most of the time, though, being placed on the list has resulted in a 10-day absence for players, which puts Monday night’s game against the Eagles in doubt for Neal.

Neal made a base salary of around $6.7 million for the 2020 season. As an unrestricted free agent, he signed a one-year, $5 million deal with the Cowboys for 2021.

In 2021, Neal has appeared in two games for the Cowboys and recorded nine total tackles and no sacks or interceptions.