According to Michael Gehlken, the Cowboys are signing TE Ian Bunting to their practice squad on Thursday. 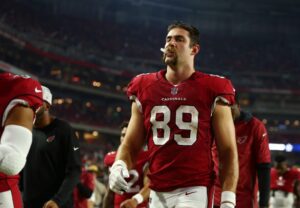 Bunting, 25, originally signed on with the Bears as an undrafted out of California in 2019 but was waived coming out of the preseason.

The Jets signed Bunting to their practice squad soon after but elected to cut him loose after a few weeks. From there, he signed on to the Colts’ practice squad and returned to Indianapolis on a futures contract last offseason but was waived with an injury designation and reverted to the Colts’ injured reserve list.

The Cardinals signed him to a futures deal in January but waived him last month. He quickly caught on with the Seahawks but was among their final roster cuts.

During his college career at Michigan and California, Bunting caught 29 passes for 219 yards receiving and no touchdowns over the course of four seasons and 16 games.