According to Tom Pelissero, the Cowboys have waived QB Ben DiNucci. 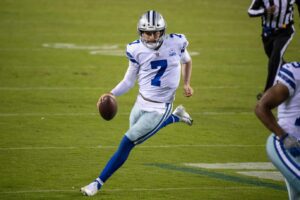 The second-year player was competing for Dallas’ backup quarterback gig this preseason.