Ian Rapoport of NFL Media reports that the Dolphins are also requesting an interview with Cowboys OC Kellen Moore for their head-coaching job. 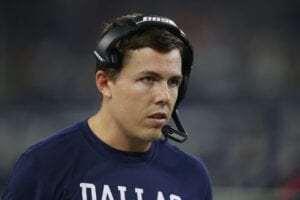 Here’s the updated list of candidates for the Dolphins’ job: