Dolphins HC Brian Flores told reporters this morning at the start of Miami’s mandatory minicamp that CB Xavien Howard was not expected to attend. 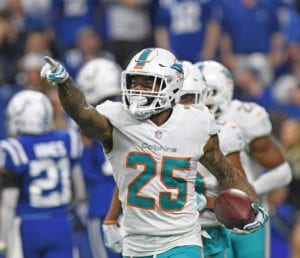 Howard just signed an extension in 2019 that at the time made him the NFL’s highest-paid cornerback at just over $15 million a year.

Howard has been a legitimate candidate for defensive player of the year the past two seasons and is using that leverage to seek a raise.

However, it’s exceedingly rare for teams to rework contracts with four years remaining like Howard’s, and Flores pointed that out.

“This hasn’t been done before. Not saying we’re drawing a line in the sand here…we love X. Let me go ahead and say that. We love him. He’s very productive. A team player. Important player on this team but again, unique situation. We want to keep him here…,” he said via Michael Giardi.

It’s worth mentioning Howard’s name cropped up in trade rumors around the deadline last year but Miami was asking for the moon in a similar package to what they dealt LT Laremy Tunsil.