According to Field Yates, the Eagles have restructured DT Fletcher Cox‘s contract to create about $11.14 million in additional cap space. 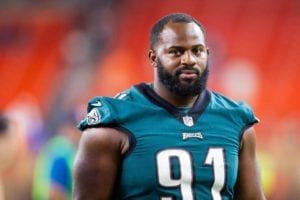 Philadelphia converted $13.925 million of Cox’s base salary into a signing bonus and spread it over the remainder of his deal.

Cox, 30, is a former first-round pick of the Eagles back in 2012. He’s currently in the sixth year of his seven-year, $110.79 million contract that includes $63 million guaranteed.

Cox stands to make base salaries of $15 million and $16.1 million over the final two years of his contract.

In 2020, Cox appeared in 15 games for the Eagles and recorded 41 tackles, 6.5 sacks, one forced fumble and one pass defense.