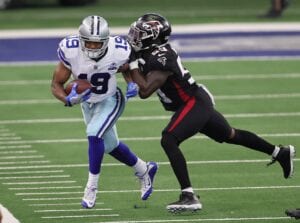 The Falcons also signed K Elliott Fry to their practice squad and released S Dwayne Johnson from the unit.

Fowler played out the final year of his four-year, $23.5 million rookie contract and returned to the Rams last year on a one-year contract worth $14 million. The Falcons signed him to a three-year, $48 million contract last year.

Fowler agreed to a pay cut this offseason.

In 2021, Fowler has appeared in five games for the Falcons and recorde 12 tackles, two sacks, two forced fumbles and a pass deflection.