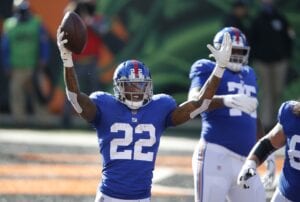 Gallman was testing the market as an unrestricted free agent this offseason before eventually signing on with the 49ers. San Francisco released him on Wednesday.