The Atlanta Falcons have placed P Dom Maggio on waivers Thursday, according to Field Yates. 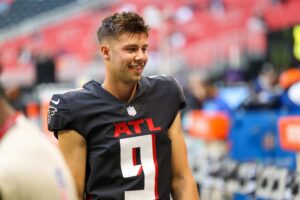 Maggio, 24, wound up going undrafted out of Wake Forest back in 2020. He later signed a rookie contract with the Ravens, but was waived just a few months later.

From there, Maggio caught on with the Falcons last year and was on and off of their roster. He returned to Atlanta this past January on a futures contract.

During his college career at Wake Forest, Maggio totaled 12,703 punt yards on 291 attempts (43.7 YPA) over the course of four seasons and 50 games.