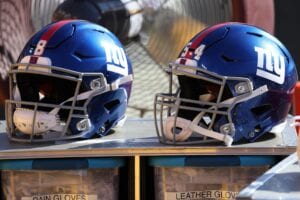 Doss, 26, wound up signing on with the Raiders as an undrafted free agent out of UC Davis. He agreed to a three-year, $1.755 million contract with the Raiders, but was later cut loose coming out of the preseason.

The Jaguars signed Doss to their practice squad before the Raiders added him to their active roster a few weeks into the regular season. The Raiders brought him back on an exclusive rights contract last year and again on a futures deal for 2021, but was among their final roster cuts.

Doss caught on with the Falcons practice squad in September. He was cut in October and had a brief stint with the Jets before joining the Giants a few months ago.