The New York Giants announced on Saturday that they have signed WR C.J. Board to their active roster, elevated C Jonotthan Harrison from the practice squad, and placed LB Cam Brown on injured reserve. 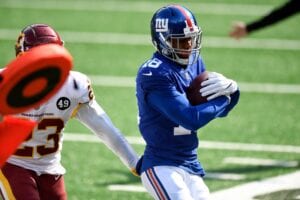 In 2021, Board has appeared in one game for the Giants and caught one pass for six yards.