Tom Pelissero of NFL Media reports that the Jaguars have scheduled an interview with interim HC Darrell Bevell for the full-time head coaching job this Tuesday. 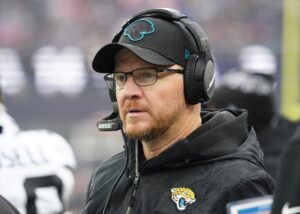 Bevell, 51, began his NFL coaching career with the Packers as an assistant quarterbacks coach in 2000. He eventually worked his way up to QBs coach before being hired by the Vikings as their offensive coordinator in 2006.

Detroit promoted him to interim head coach after firing Matt Patricia. From there, he was hired as the Jaguars’ offensive coordinator under Urban Meyer and later took over for him midseason as interim head coach.