Field Yates reports that the Jaguars hosted QB Kyle Sloter for a visit on Saturday after his USFL season with the New Orleans Breakers. 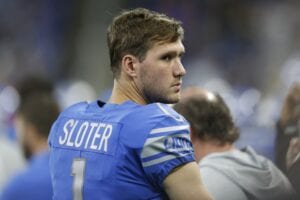 Sloter, 28, wound up signing a three-year, $1.66 million contract with the Broncos as an undrafted free agent out of Northern Colorado back in 2017. He was set to make base salaries of $465,000 and $555,000 over the first two years of the contract when the Broncos cut him loose.

From there, Sloter had brief stints with the Vikings, Cardinals, and Lions before the Bears signed him to their practice squad in November of last year. The Raiders signed him to a futures deal back but later cut him loose after he had come back for a brief stint on the taxi squad.

During his college career at Southern Mississippi and Northern Colorado, Sloter appeared in 34 games and completed 198 passes on 320 attempts (61.9 percent) for 2,656 yards, 29 touchdowns, and 10 interceptions 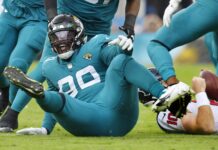