According to Pro Football Talk, the Jaguars have released S Josh Jones as part of their roster cuts today. 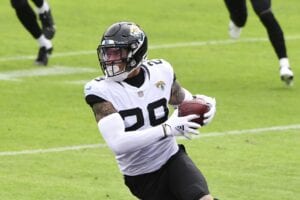 Jones was a starter at one point for Jacksonville but the new coaching staff is shaking things up.

Jones passed through waivers unclaimed and signed on to the Cowboys’ practice squad. He was waived a few weeks later and claimed by the Jaguars. Jacksonville re-signed him as an unrestricted free agent this offseason.

In 2020, Jones appeared in 13 games for the Jaguars and recorded 83 tackles, one interception and a pass defense.