According to Michael DiRocco, the Jaguars are signing DT Nick Thurman to their practice squad. 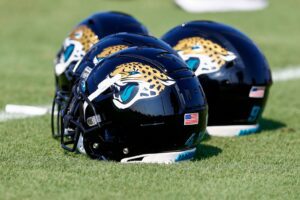 Thurman, 27, wound up signing on with the Texans as an undrafted free agent out of Houston back in 2018 but was among their final roster cuts coming out of the preseason. He later signed a two-year deal with the Buccaneers in 2019 but was cut loose after a few weeks.

From there, he signed on with the Patriots and bounced on and off their practice squad before being cut with an injury settlement in September of last year. He caught on with the Falcons’ practice squad last season but was among their final roster cuts last month.

For his career, he’s appeared in seven games for the Patriots and once for the Falcons, recording 11 total tackles and one tackle for loss.