According to Adam Schefter, the Jaguars are signing WR Willie Johnson to a contract following a successful tryout at rookie minicamp. 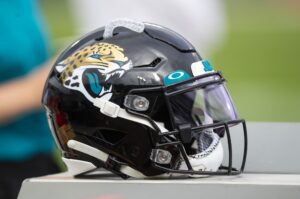 He had 20 punt returns for 148 yards and 24 kick returns for a total of 492 yards during his time at Marshall.

During his six-year career, Johnson caught 114 passes for 1,846 yards and 13 touchdowns. He also had 20 carries for 209 yards and two touchdowns.