According to Aaron Wilson, the Jacksonville Jaguars are bringing in five free-agents for workouts this week including veteran CB Trevor Williams. 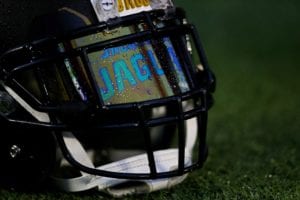 Williams signed a futures deal with the Eagles for the 2020 season and he was on and off of their roster this season before getting placed on injured reserved at the start of October before getting released a few weeks later.

In 2020, Williams has appeared in two games and recorded three total tackles, one pass defense, and no interceptions.

Meeks, 23, wound up going undrafted out o Stanford back in 2018. He later signed a three-year, $1.71 million contract with the Jaguars but was among their final roster cuts coming out of the preseason.

Meeks signed on to the Jaguars’ practice squad to their practice squad once passing through waivers unclaimed. He joined the Chargers last year and returned to Los Angeles on a futures contract.

Since then, he’s been on and off of their roster.

In 2020, Meeks has been active for two games, but has yet to record a statistic.