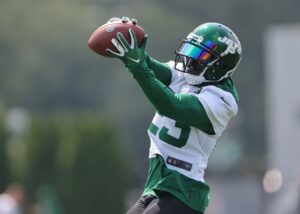 Coleman, 29, is a former third-round pick of the Falcons back in 2015. He played out the final year of his four-year, $3.219 million contract before agreeing to a two-year, $10 million contract with the 49ers.

From there, the Jets signed Coleman to a one-year deal worth $1.1 million in 2020 and brought him back on another one-year contract this past March.